Together we can do more 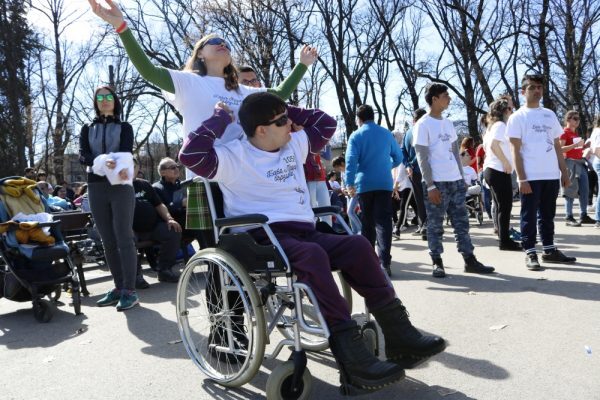 Caritas Sofia and their partners organized a Baba Marta charity marathon for the fifth year in a row. This year the marathon was in support of vulnerable children under the slogan ‘Together we can do more.’ The event was held on 10 March 2019 in Borisova Gradina Park, Sofia.

165 participants took part in the charity run, among them children and young people with disabilities from Blagoveshtenie center, children at risk from Ready for School center, children refugees from the centers of the State Agency of Refugees and beneficiaries from Rojdestvo Hristovo center for underprivileged women. Everyone ran and had fun together. The best runners received prizes.

In addition to the marathon, there was a live entertainment show, as well as a pottery workshop, face and henna paint sessions, and zumba dancing. Visitors had the chance to take a look and buy artwork by the children who visit the Caritas centers.

The aim of the Baba Marta marathon was to show underprivileged children that they are not alone as well as raise awareness among Bulgarians; to show them that to be different is not scary, but being alone when you are different is. Deian Donkov, Velika Kamburova, Magi Maleeva, Georgi Milkov, Georgi Karkelanov and Yana Yasenova were the messengers of the idea.

The event was realized within Migration, cooperation, development (MIND) Initiative, financed by the European Union with the support of Caritas Bulgaria.

A charity marathon in support of children