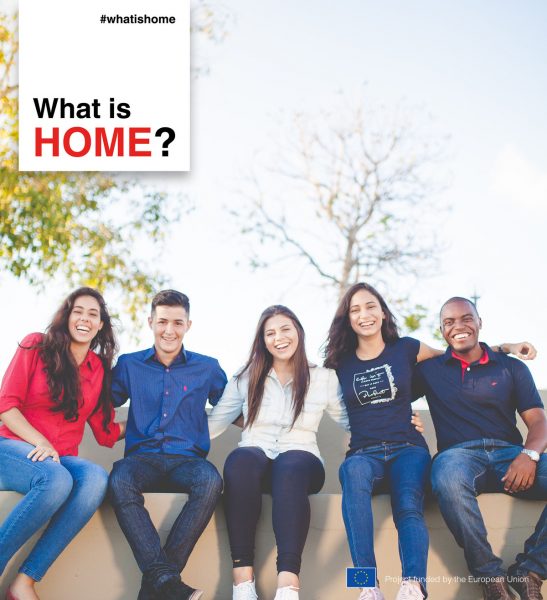 The third edition of the “What is home?” campaign – an initiative by Caritas Bulgaria and eleven more Caritas organizations from across Europe – was concluded. The two-month online campaign took place between the 1st of July and the 31st of August in Caritas Bulgaria’s social media channels – Facebook, Instagram and Twitter.

The campaign addresses issues related to the causes of migration, its relationship with development and the deep meaning of what we call home. This year “What is home?” emphasized on the contribution of migrants to the development of the countries in which they have settled and work in and their positive impact on local culture and daily life. In this way, the European initiative contributes to achieving higher levels of acceptance and tolerance towards migrants in Bulgaria and Europe.

Several celebrities took part in the campaign, including Angie Kassabie and Bulgarian TV audience favorites Bashar Rahal and Magardich Halvadjian who are the creators of some of the most popular and beloved film and television productions not only in our country but also abroad. As an ambassador of the “What is Home?” campaign, the famous Lebanese nutritionist Angie Kassabie stated: “I lead a dynamic life and my work takes me to different places around the world, but wherever I go, each time I come back to Bulgaria always makes me take a breath and say to myself “I’m back home again!”

Among the most popular publications on social network were those about the contribution and work of famous people of foreign origin such as Ivan Markvichka, Dora Gabe, Valeri Petrov, Djoko Rosic and the Proshek brothers, without whom Bulgarian culture, literature, cinema and architecture would not be the same.

The stories of 13 participants of Bulgarian and foreign origin from various professional fields were shared on social media, explaining their motives to choose Bulgaria as their home and place of development. The answers to the questions “Why and how do we choose Bulgaria as our home?” and “How does it feel to be at home again?” emphasized the inherent right of every person to develop their potential and to contribute to the development of the society in which they have found their home, regardless of his or her origin.

For the more curious members of the audience, interesting infographics were prepared to reveal little-known facts about migration and some misconceptions related to it.

“What is home?” is part of the international initiative “Migration, interaction and development” (MIND) which is implemented with the financial support of the European union.